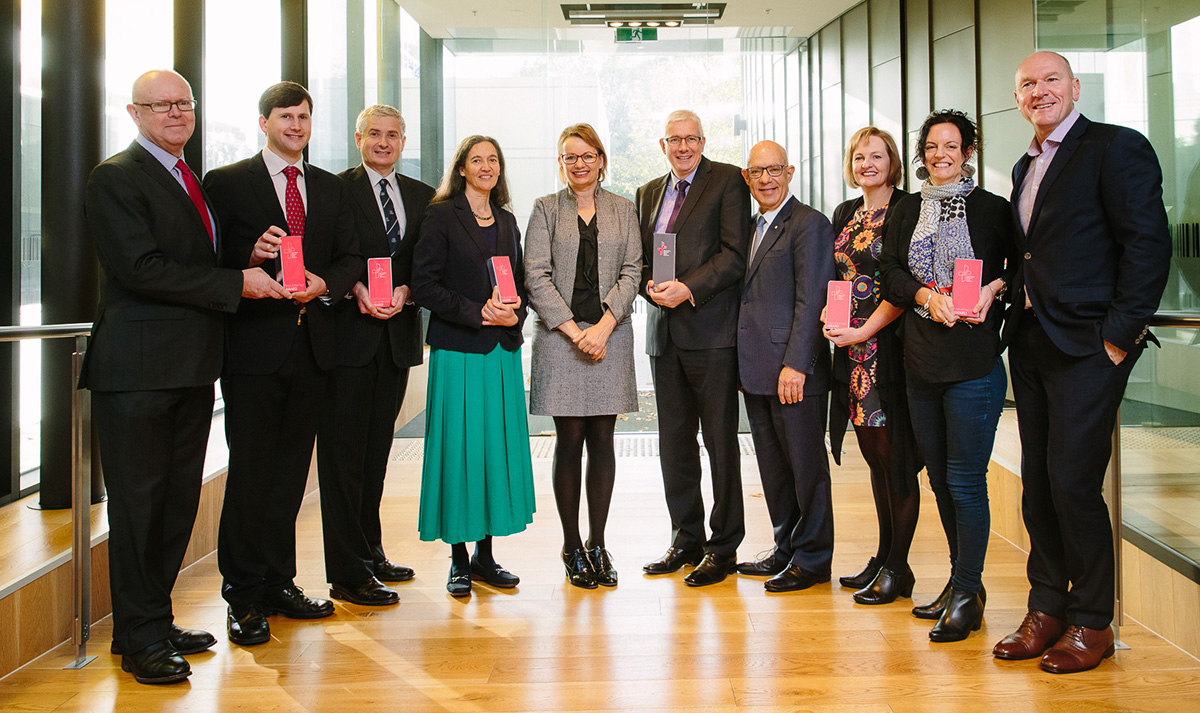 A clinical trial investigating reducing risk of neonatal infections related to pre-labour ruptured membranes, has been awarded the inaugural Trial of the Year Award 2016 by the Australian Clinical Trials Alliance (ACTA).

Professor Johnathan Morris, chief investigator, this morning accepted the award on behalf of the trial investigators at the Clinical Trials 2016 Breakfast and Award Ceremony this morning from Health Minister Sussan Ley.

Up until now, the orthodox understanding has been that if a woman’s waters break early during pregnancy, then birth should be induced immediately to prevent infection.

The trial demonstrated no increased risk of infection, meaning more standardised care options and a greater chance that mothers can deliver their baby closer to full term, and via a natural birth.

It came on International Clinical Trials Day, which is held on 20 May every year in commemoration of the first clinical trial held in 1747, by James Lind, which investigated scurvy.

Of course, clinical trials have come a long way since then, and every day the work of researchers like Professor Morris help find answers to important clinical questions, and influence practice.

“This is fantastic example of a trial that challenged an aspect of routine practice for which there was poor quality evidence and wide variation in practice” said Rhiannon Tate, Executive Officer of ACTA.

The event, hosted by ACTA, together with Research Australia, AusBiotech and Medicines Australia, saw a number of clinical trials and researchers acknowledged for their leadership and excellence.

At the event, Minister Ley detailed the recent $7 million Australian Government investment in clinical trials, to improve their delivery and coordination.

“The new funding and policy improvements will deliver better connectedness from how patients find trials to how researchers collaborate – a system that better works better from start to finish.

“Research Australia’s members are excited about what this funding will mean for encouraging innovation in the health and medical research sector as a whole.”

Congratulations to the winner of the GSK Award for Research Excellence: Professor Brendan Crabb AC FAHMS.

Congratulations to the winner of the Griffith University Discovery Award: Dr Christine Keenan